The airplane windows rattle ominously, the noise echoing and rebounding through the cramped cabin. Sunlight, filtering through the window’s acrylic interior, draws me from my reading. Shuffling my notes and books aside, I lean forward to take in the view. Afghanistan stretches beneath me. The lingering cloud cover slowly dissipates, revealing the dry plains, deep ravines, and craggy mountains that dominate the expansive landscape. The country has suffered through innumerable recent wars; from British Colonialism, to Soviet Union invasion, to the deployment of US ground forces in America’s longest lasting war. Even now, the violence continues unabated.

The mountains below gradually reduce in height and I shift my attention to my computer screen, double-checking the plane’s geolocation. The receding foothills belong to the Spin Ghar Mountains of the western Hindu Kush; delineating a stretch of the famous Durand Line. Enforcing the use of the Durand Line as Afghanistan’s border in 1986 allowed the British to protect their strategic interests in the Middle-East. By ignoring traditional tribal lands and migration patterns, however, the British created enduring problems for local ethnic groups, such as the Pushtuns, whose territory now straddle both Afghanistan and Pakistan. The porous nature of the dangerous border also exacerbates terrorist threats to the western hemisphere by allowing organizations in Pakistan to supply the Taliban in Afghanistan

Turning back to the view below, I bring my face millimeters away from the window. The faintest hint of an air current caresses my jawline, flowing from a minuscule hole in the center of the panel. Known as ‘bleeding holes’, they allow airplane cabins to stabilize air pressure at high altitudes. The windows, endowed with the gruesome connotations of the bleeding holes, make for a fitting lens through which to view Afghanistan. In the hazy distance, I can see the capital of Kabul as a concrete sprawl nestled into the dust-covered high-ground. The city has withstood terrible suffering through both internal discord and foreign occupation over the years. But from high above, the view remains as insentient as the maps displayed on my computer screen. 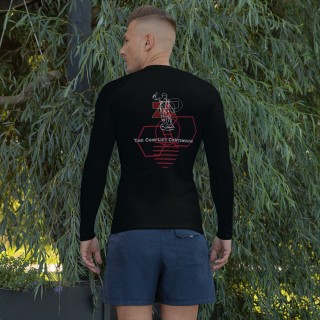